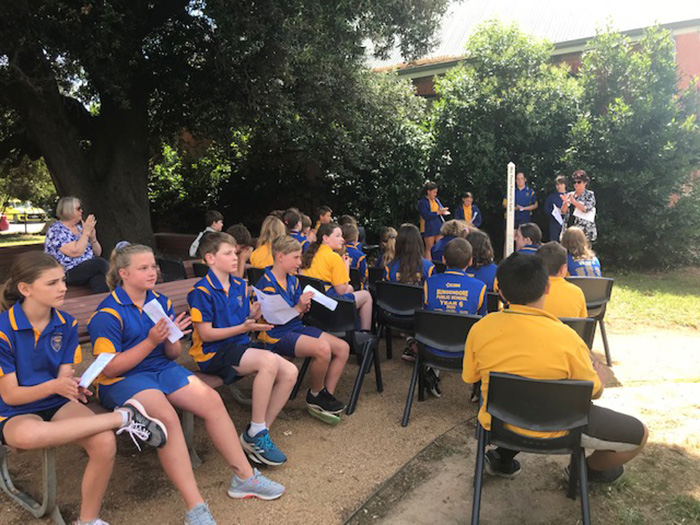 The peace pole movement was started in Japan in1955 by the visionary Masahisi Goi. He was greatly affected by the World War ll atomic bombing that obliterated Hiroshima and Nagasaki, and killed half a million of his fellow Japanese. After the war, he spent his life spreading the message of ‘May Peace Prevail on Earth’ as a means of promoting thoughts of peace in all who silently say the words as they read them on those silent sentinels. There are more than 250,000 peace poles planted in over 200 countries worldwide carrying this message in many languages.

In addition to the message in English, the other sides of the pole have peace messages in Ngunnawal, Ngambri-Ngunnawal, and Wiradjuri, in recognition of the traditional owners of the land and the heritage of a number of Bungendore students.

Take a tour of the Canberra Rotary Peace Bell during your next School excursion to Canberra and Rotary will arrange a Peace Pole for your School.