See all our partners below. Also see the:

We wish to thank all our generous partners. From Platinum to Bronze they all joined our project
to send this message of Peace to Canberra and the World. 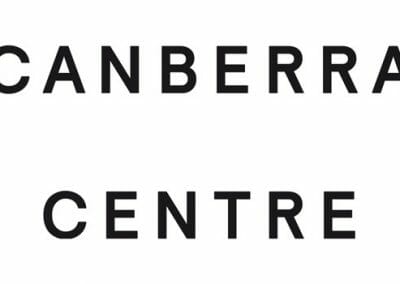 We thank our Foundation Contributors without whose support the project would not have happened.

The Rotary Club of Canberra City.

The Rotary Club of Woden.

Local schools are raising money for the World Peace Bell. We will list them in chronicalogical order.

The Rotary Club of Canberra Burley Griffin has joined with the ACT Chief Minister to annually award the Chief Minister’s Rotary Peace Prize.

The recipients have had $1,000 US donated in their name to the Rotary International Foundation which is Rotary’s major international charity. This year’s recipients have also been awarded a Paul Harris Certificate of Appreciation. Named after the founder of Rotary, this is the highest honour a Rotary Club may award a local organisation.

The 2018 Chief Minister’s Rotary Peace Prize is awarded to the Women’s International League for Peace and Freedom – ACT Branch.

The Women’s International League for Peace and Freedom (WILPF) envisions a world free from violence and armed conflict, in which human rights are protected, and women and men are equally empowered and involved in positions of leadership at the local, national and international levels.

WILPF was founded in 1915 at the World Congress of Women in The Hague and has a proud 103-year legacy as a women’s global peace movement. The Australian Section of WILPF was established in 1920 in Melbourne growing out of the anti-war movement during World War 1. In 1982 WILPF Australia held its Biennial meeting in Canberra for the first time, and the ACT Branch was formed.

Over the last 36 years the WILPF — ACT Branch has been involved in building peace, defending human rights, and actively working towards demilitarisation. As a volunteer member-based organisation WILPF — ACT works in many different ways including: active campaigning and advocacy; public education; participating in policy dialogues with civil society and government, and working in coalition with partner peace focused organisations.

WILPF works locally and globally to bring women together to abolish the causes of war and work for permanent peace from a feminist perspective.

Chris Steel
on behalf of the Chief Minister of the ACT

The Rotary Club of Canberra Burley Griffin has joined with the ACT Chief Minister to annually award the Chief Minister’s Rotary Peace Prize.

Citation for the awarding of a Paul Harris Fellow to Dr Sue Wareham 23 February 2018.

I am delighted to announce the inaugural winner of the Chief Ministers Rotary Peace prize. The purpose of this award is to recognise an individual or group that has or have contributed to a more peaceful Canberra community.

To recognise this service to the community, the Rotary Club of Canberra Burley Griffin have donated $1,000 to the Rotary International Foundation and named the recipient a Paul Harris Fellow. The award in named after the founder of Rotary, Paul Harris, and the donation to the Foundation is to support Rotary’s peace and humanitarian activities around the world.

The person receiving this inaugural Chief Ministers Rotary Peace Prize is Dr. Sue Wareham OAM. Sue joined the Canberra community in 1978. She has raised her family here and worked as a GP for over 30 years, which included running her own medical practice in Giralang from 1989 to 2011. Throughout her nearly 40 years in Canberra she has campaigned tirelessly for peace.

Sue was awarded the Order of Australia Medal in the General Division (OAM) in 2006 ‘for service to the community and to the peace movement, particularly through the Medical Association for Prevention of War’.

Her main campaign advocacy has focused primarily on:

As we stand before the Canberra Rotary Peace Bell we can think of no more suitable candidate than Dr Sue Wareham to receive this award. Congratulations Sue.

on behalf of the Chief Minister of the ACT

Robyn Martin is a Kamilaroi woman from Collarenebri, North Western NSW and has been living in the Canberra region for the past 36 years. She is an active member of the Canberra and Queanbeyan Aboriginal community,

Robyn is the Manager at Beryl Women’s Inc.  This is the oldest existing women’s and children’s domestic violence refuge in Australia, it was established in 1975.  Robyn has worked at the service for 19 years. Beryl provides trauma informed, therapeutic support, and safe housing to women and children escaping domestic violence. Robyn represents all women, including having a strong focus on Aboriginal, Torres Strait Islander women and women from a Culturally and Linguistically Diverse background.  This is regardless of financial situations, background, religion, nationality, age.

Beryl women’s inc. offers accommodation, case management, school holiday programs, parenting groups, children’s groups and many other supports/ resources that access the service.  Beryl also works with clients as part of an outreach program.  Many women continue to return to Beryl after exiting the service as it is a place where they have been able to rebuild their lives and it is a safe place for them to return when challenges or issues arise that may impact on their stability.

Robyn is proactive and passionate on the issues concerning the most vulnerable women in the ACT by challenging structure which oppress and systems which impact on equitable service delivery and outcomes for individuals.  Robyn is an invaluable leader and a strong advocate and very highly regarded by her peers both within the Aboriginal and wider community.

Robyn has dedicated herself supporting women and children escaping domestic and family violence in the Canberra region. She has worked in the women’s sector for the past 27 years, firstly at Gunyah Women’s Housing in Queanbeyan and currently at Beryl Women Incorporated.

In addition to her work at Beryl Women Inc. Robyn is on the Our Booris Our Way steering committee, the Domestic Violence Prevention Council and Chair of Gugan Gulwan. Robyn was named ACT Woman of the Year in 2015 and ACT NAIDOC person of the year in 2012. Today she also becomes a Paul Harris Fellow in recognition of her work to promote peace in the home. A donation of $1,000 US has been made in Robyn’s name to the Rotary International Foundation. This is the major charity of Rotary International and has led the charge to rid the world of Polio.

Robyn continues to be an inspiration to all that know her.

It is with please that I announce that this year’s recipient of the Chief Minister’s Rotary Peace Prize is David Savage.

In mid-1999 David was part of the small United Nations Mission in East Timor (UNAMET) which was sent to East Timor to facilitate the voting process and to advise the Indonesian Police on security amidst growing violence.

It was the bravery and resilience of the East Timorese people, supported by the small unarmed United Nations mission, which ensured that the vote could occur. But the ballot result led to the Indonesian Military unleashing a well-planned campaign of violence throughout East Timor, which could only be addressed by an international military force. UNAMET was unarmed and without any military or armed response or support.

Later David wrote his book “Dancing with the Devil”, a personal account of policing the East Timor Vote for Independence, as an Australian Federal Police Officer. Answered by Fire is a two-part television film based on David’s book and dealing with the 1999 East Timor conflicts.

David was seriously wounded, losing a leg, and almost killed by a 12-year-old suicide bomber on March 26, 2012. At the time David, aged 49, was the first AusAid staff member wounded while serving in Afghanistan and is believed to be the first serious Australian civilian casualty.

At the time David was serving as part of a mixed civilian and military unit called a Provincial Reconstruction Team (PRT) that was assigned to the Chora Valley to help rebuild infrastructure. The PRT was returning from a visit to the District Governor when, about 100 metres from home, the 12-year-old boy dressed in white calmly walked into the patrol. An explosive device strapped to his torso was then detonated, hurling David and two US soldiers metres across the road and leaving a 12 metre high plume of white smoke.

David has battled with his injuries since 2012 and has tried to lead a normal life. We recognise him today for his efforts in both East Timor and Afghanistan and for his dedication to the cause of peace in the world.

David continues to be an inspiration to all that know him.

It is with please that I announce that this year’s recipient of the Chief Minister’s Rotary Peace Prize is Fred Smith.

Hello everyone, this is ceremony obviously not quite as we’d like I know we prefer to be at the Canberra Nara peace Park thank you for joining us online and for playing your part on our public health response for you great pleasure today for me to announce the 2021 chief ministers Rotary peace prize is our previous speaker Ian Smith affectionately known by everyone is Fred. Fred has a distinguished career with DFAT with his love of music he has brought his unique style to his visions by hosting a Saturday night radio show in the Solomons and entertaining the Australian troops in Afghanistan. Fred has also been recognised as a Rotary Paul Harris Fellow for his work.

Congratulations Fred this is a worthy recognition of an outstanding career.

Thank you so much everyone for being on-line today.