In December 1988, the World Peace Bell Association asked Manfred Schmidt, Ambassador of the GDR in Japan, to be allowed to place a peace bell in Berlin at the 50th anniversary of the beginning of World War II. The Japanese wished the bell to be placed at a representative and central position of the city. So it had been decided to build the temple with the bell next to the big pond in the people’s park Friedrichshain, near to Alexander Sqare and the founding site of Berlin, the Nikolai church.
The small bell temple has been established by german craftsmen on the basis of Japanese designs. The bell that can be seen in the district of Berlin-Friedrichshain, was cast of coins from UN-member countries of that time. The word “peace“ is written in Japanese and German.
On the 1st September 1989, the peace bell of Berlin, “the city of peace“, had been inaugurated as a reminder to peace and a symbol of the friendship with the Japanese people in presence of the most important representatives of the government and the society of the GDR.

The World Peace Bell was installed in 1989.

The inauguration ceremony took place in bright sunshine and we were particularly pleased that we were also able to persuade two girls from the Otto-Nagel-Gymnasium, Berlin to express their thoughts on the subject of peace. It was very moving. For some time now, we have had direct cooperative relations with this grammar school and we want to carry out projects together on the topic of climate-environment-peace.
We are a generation that has not caused these wars in the past. But we can and must learn from these wars, from our history, in order to understand the present and shape our future in a more peaceful world. This can only work in friendship and harmony, not in hatred and enmity. With our recent communications between Warsaw, Berlin and Canberra we have taken a good step in the right direction.
The message of this peace stake: May there be peace on earth, means above all that we must start with ourselves! And if we succeed in doing so, we will also be able to deal peacefully with others.
Anja Mews Coordinator Berlin World Peace Bell 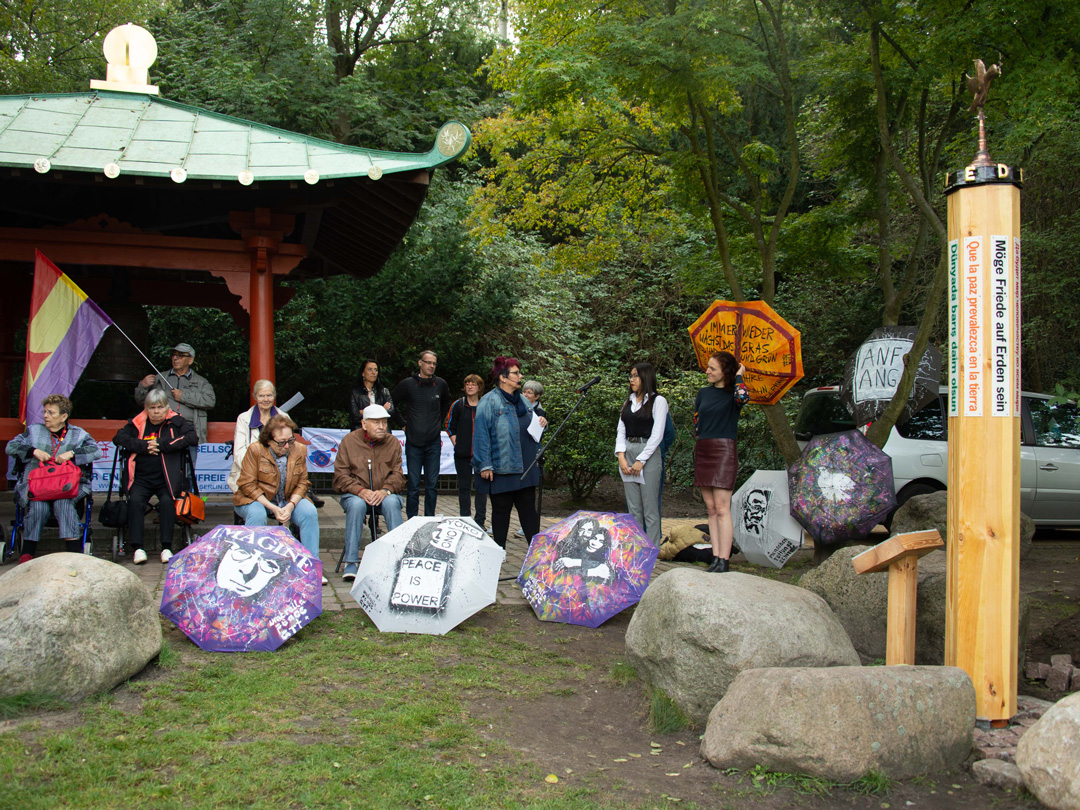