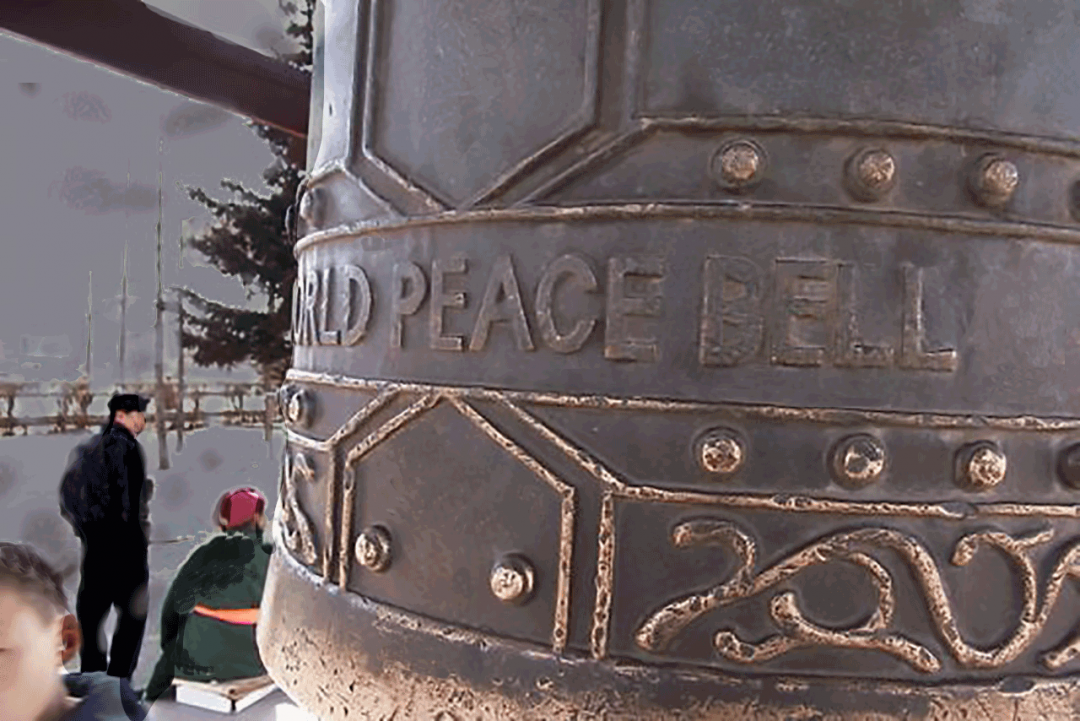 Ulaanbaatar or Ulan Bator /ˌuːlɑːn ˈbɑːtər/ (Mongolian: Улаанбаатар, [ʊɮɑːŋ.bɑːtʰɑ̆r], Ulaγanbaγatur, literally “Red Hero”) is the capital and the largest city of Mongolia. A federal municipality, the city is not part of any aimag (province), and its population as of 2014 was over 1.3 million.
Located in north central Mongolia, the municipality lies at an elevation of about 1,310 metres (4,300 ft) in a valley on the Tuul River. It is the cultural, industrial and financial heart of the country, the centre of Mongolia’s road network and connected by rail to both the Trans-Siberian Railway in Russia and the Chinese railway system.
The city was founded in 1639 as a nomadic Buddhist monastic centre. In 1778, it settled permanently at its present location, the junction of the Tuul and Selbe rivers. Before that, it changed location twenty-eight times, with each location being chosen ceremonially. In the twentieth century, Ulaanbaatar grew into a major manufacturing centre.
The World Peace Bell was installed in 1993.
Skills