90th anniversary of the Rotary Club of Canberra 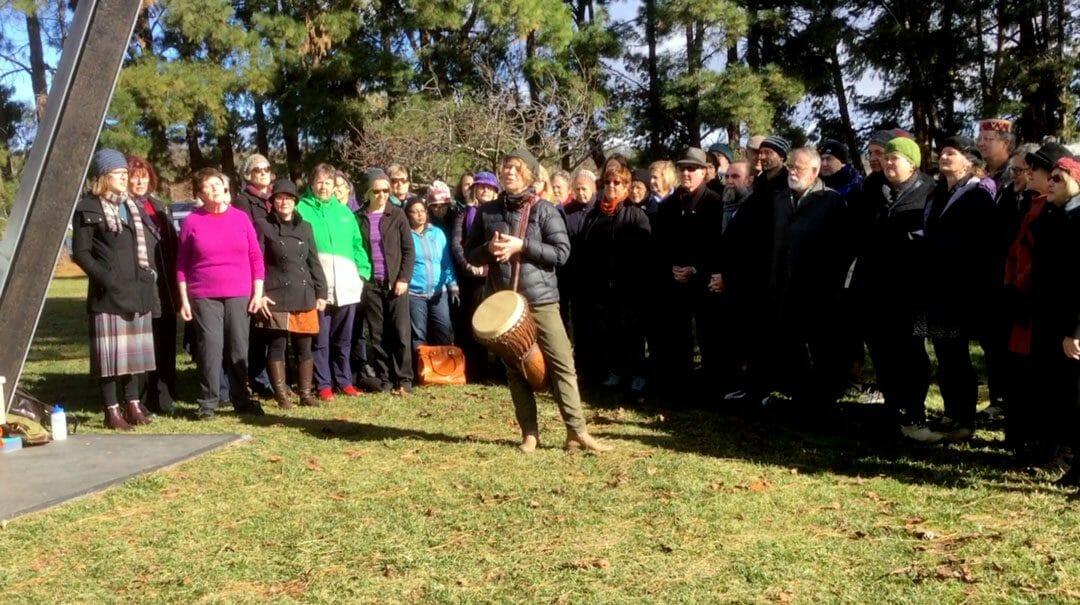 On Saturday 16 June 2018 a special ringing event was conducted at the Canberra Rotary Peace Bell to mark the 90th anniversary of the establishment of the Rotary Club of Canberra. Since its inception all those years ago Rotary has expanded within Canberra so that from one Club has sprung over 20 Rotary clubs.
Those present at the event included His Excellency Mr Kusaka, Ambassador from Japan and Mrs Kusaka, The President of The Nara Rotary Club his wife and members of the Nara Club, Mrs Helen Moore President of the Rotary Club of Canberra and members and friends of the Rotary Club of Canberra. In addition, Mr Michael Moore incoming Rotary District Governor and representatives of 15 other Rotary Clubs from Canberra attended the event.
Those present took part in a ceremony calling for Peace in the World, Peace between Neighbours and Peace in the Home. All present had the opportunity to send their own message of Peace by ringing the Peace Bell.
The ceremony on a brisk sunny morning was commenced with a number of songs from the Pop-Up Choir and you can see a brief video of their performance on the link.
See video
https://youtu.be/cD57pAEdRrk