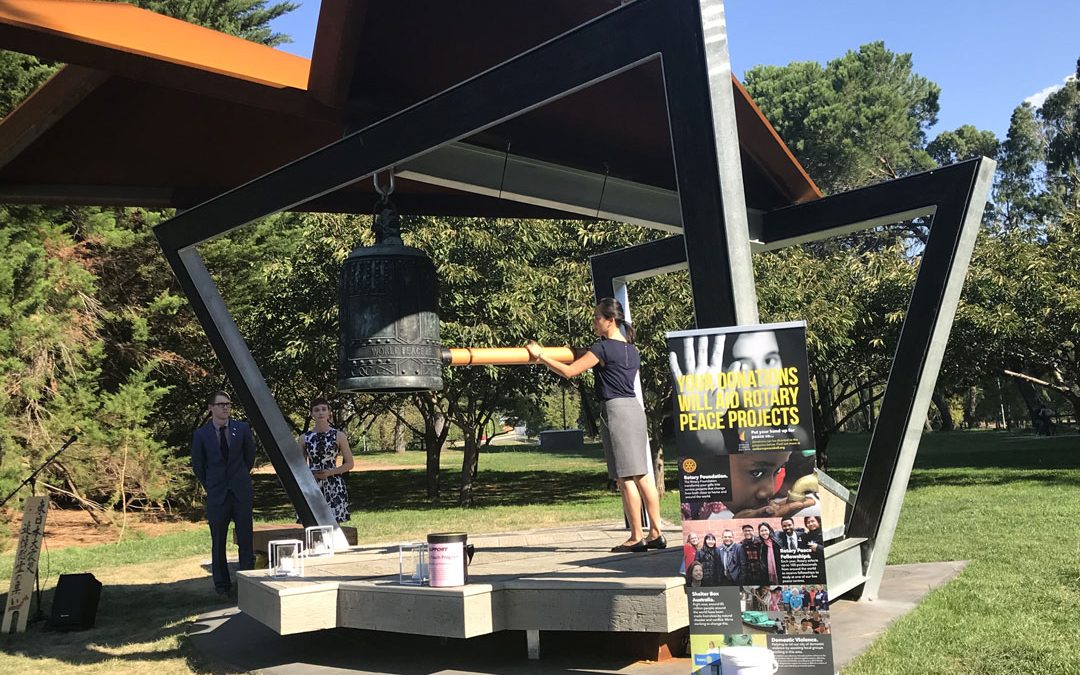 After the ceremony many of those attending rang the Peace Bell sending their own messages of Peace to the world.