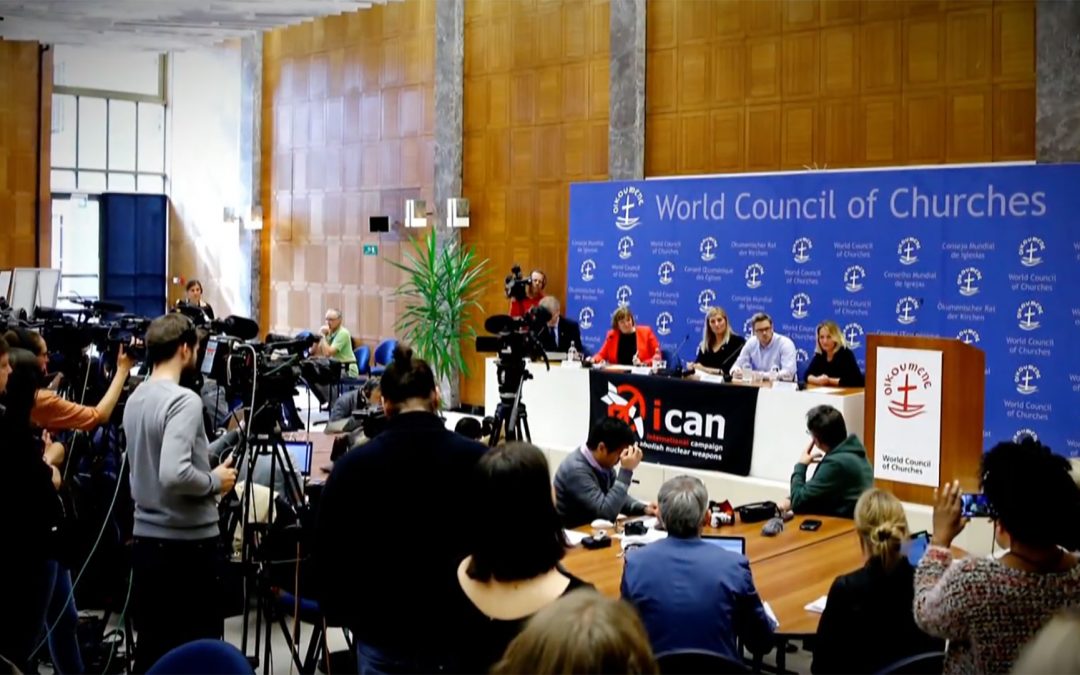 Michael Rabey was pleased to attend a special meeting at the ACT Legislative Assembly to recognise the award of the Nobel Peace Prize to the International Campaign to Abolish Nuclear Weapons (ICAN). ICAN received the award for their efforts to achieve a treaty-based prohibition of such weapons. So far 122 countries have signed the treaty, unfortunately Australia has not signed the treaty. We have attached a link to  the award ceremony from Oslo City Hall in Oslo Norway that you may like to watch. The video features Beatrice Fihn Executive Director ICAN and Setsuko Thurlow a survivor from the explosion at Hiroshima.
Click the link below to Youtube to view the videos of the ceremony.
https://youtu.be/wh6RNXi2IPA