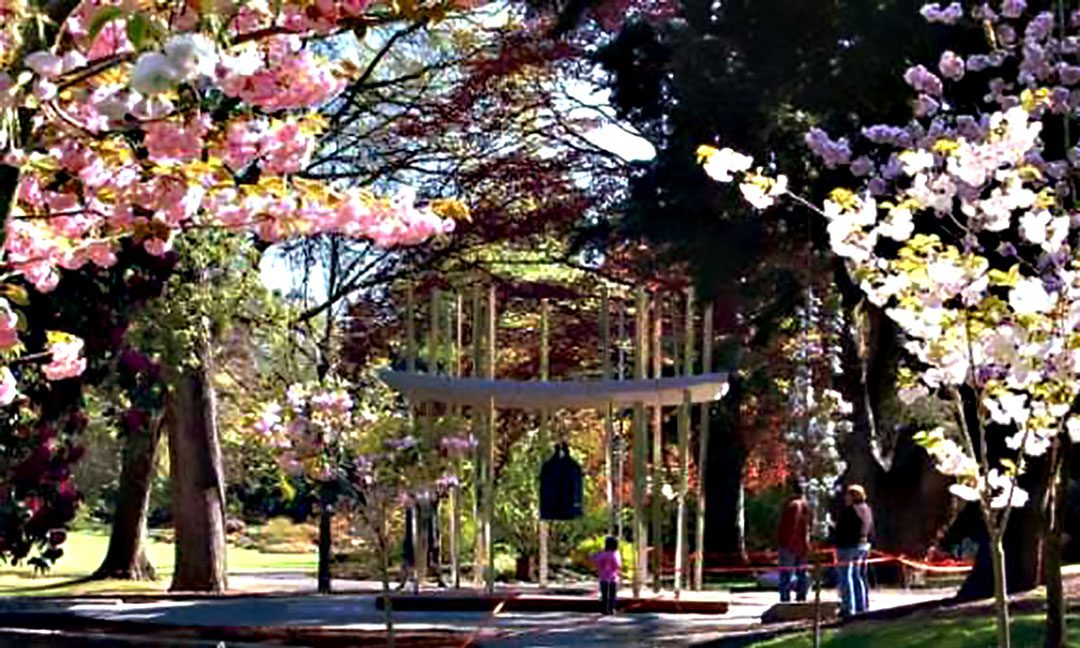 Christchurch (/ˈkraɪstʃɜːrtʃ/; Māori: Ōtautahi) is the largest city in the South Island of New Zealand and the seat of the Canterbury Region. The Christchurch urban area lies on the South Island’s east coast, just north of Banks Peninsula. It is home to 381,800 residents, making it New Zealand’s third most-populous urban area behind Auckland and Wellington.
The city was named by the Canterbury Association, which settled the surrounding province of Canterbury. The name of Christchurch was agreed on at the first meeting of the association on 27 March 1848. It was suggested by John Robert Godley, who had attended Christ Church, Oxford. Some early writers called the town Christ Church, but it was recorded as Christchurch in the minutes of the management committee of the association. Christchurch became a city by Royal Charter on 31 July 1856, making it officially the oldest established city in New Zealand.
The New Zealand World Peace Bell came about through the initiative of Christchurch resident Roy Sinclair who in 2004 made an epic 3500 km bike ride the length of Japan.
The Christchurch chapter of the World Peace Bell Association wish to say a special thank you to the city council for their help and co-operation. The Chapter is currently busy fund raising, people wishing to join the chapter or make a donation are most welcome to do so. Contact details are at the bottom of the page.
The Christchurch World Peace Bell is now housed in a pavillion located in the Botanic Gardens. Plans are being developed for it to become the focal point of a specially developed Peace Walk.
The official unveiling was held on 3 October 2006.
Skills