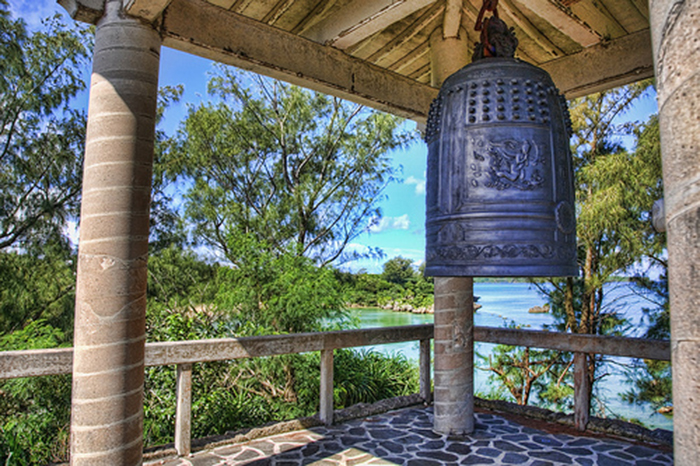 Ishigaki (石垣島 Ishigaki-jima, Yaeyama and Okinawan: Ishigachi), also known as Ishigakijima, is a Japanese island west of Okinawa Hontō and the second-largest island of the Yaeyama Island group. It is within the City of Ishigaki inOkinawa Prefecture. The city functions as the business and transport center of the archipelago. The island is served byNew Ishigaki Airport, the largest airport in the Yaeyamas.
Much of the island and surrounding waters including Mount Omoto and Kabira Bay are protected as part of Iriomote-Ishigaki National Park.
Ishigaki Island, like the rest of Okinawa, is culturally influenced by both Japan and Taiwan due to its location, about 300 km off the north eastern coast of Taiwan .
A tsunami of record height hit Ishigaki Island in 1771.
The island provided the scene for the arrest of one of the perpetrators of Aum Shinrikyo’s sarin gas attack, Yasuo Hayashi, 21 months after and 2000 km away from where the crime took place.
Ishigaki Port will be expanded so that five large Japanese coast guard patrol boats can be stationed there. The JSDF is also considering deploying short range anti-ship missiles (possibly the Type 96 Multi-Purpose Missile System) on the island.
These reinforcements are mostly in relation to the Japanese uninhabited Senkaku Islands, which lie 170 km north of Ishigaki and are under the control of the mayor of Ishigaki, which has been given civic authority over the territory since theSenkaku Islands reverted from the US to the Japanese government control in 1972. China (People’s Republic of China) and Taiwan (Republic Of China) have challenged Japan’s sovereignty over these Senkaku Islands since 1972, with more intensity since 2012.
The World Peace Bell was installed in 1988.
Skills