The World Peace Bell was installed in 1989.

Friedrichstain, Volkspark, Berlin (Germany)
In December 1988, the World Peace Bell Association asked Manfred Schmidt, Ambassador of the GDR in Japan, to be allowed to place a peace bell in Berlin at the 50th anniversary of the beginning of World War II. The Japanese wished the bell to be placed at a representative and central position of the city. So it had been decided to build the temple with the bell next to the big pond in the people’s park Friedrichshain, near to Alexander Sqare and the founding site of Berlin, the Nikolai church.
The small bell temple has been established by german craftsmen on the basis of japanese designs. The bell that can be seen in the district of Berlin-Friedrichshain, was casted of coins from UN-member countries of that time. The word “peace“ is written on it in Japanese and German.
On the 1st September 1989, the peace bell of Berlin, “the city of peace“, had been inaugurated as a reminder to peace and a symbol of the friendship with the Japanese people in presence of the most important representatives of the government and the society of the GDR. 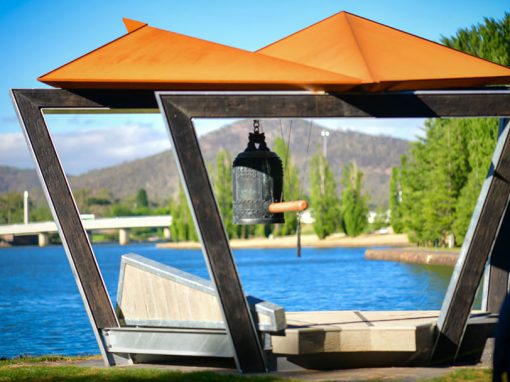